Known throughout North Carolina as a leader in the field of philanthropy, J. Warren Steen has served as President of the Rye Foundation since 2001. 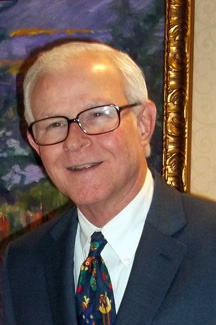 Since its formation, the Rye name has been attached to over 15 buildings, awards, scholarships, and funds.

During his career, Steen has:

Active in civic affairs, Steen has received awards from four separate organizations. He has been elected or appointed as Chairman of the David Richards Memorial Polio Campaign, as Founding Chairman of the Parents Council at UNC School of Medicine, and as President of Reynolda Rotary Club. A graduate of Wake Forest University, he has been a member of the Board of Directors for the school’s Deacon Club.

A 2021 feature article in The News Reporter from Whiteville, North Carolina summarized Rye’s scope and effectiveness. “Over the years, the Rye Foundation has built chapels, constructed camp lodges, provided scholarships, purchased musical instruments, and supported programs aimed at children from military families. ‘We don’t have a Mr. Rye or Mrs. Rye,’ Steen said, ‘but we do have a lot of people who really care about children.’”

We are grateful for the strategic vision of our leader, and we share his optimistic outlook for the bold initiatives currently underway to expand Rye philanthropy.