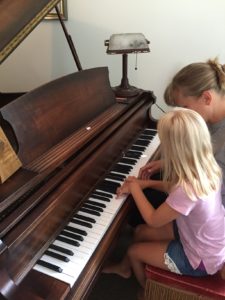 Student Musicians - A gift from the Rye Foundation is strengthening the music program at the "Presbyterian Orphanage", the Black Mountain Home for Children, Youth and Families. 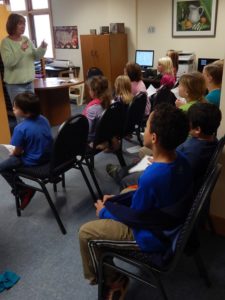 You may remember that the Canadian-born singer produced a hit single that contained these words, “We sure could use a little good news today.”

If your local newspaper is like mine, most of the news is very bad. As I write this column, our lead story in Forsyth County involves the arrest of two 12-year-olds for shooting a 15-year-old. In other news, a public official had to resign because she sent inappropriate text messages. On the sports page, another pro athlete failed a drug test.

Amidst this backdrop of malfeasance and mayhem, the Mount Airy News printed a human interest story that left me smiling. It is reassuring to know that positive things still emanate from Andy Griffith’s hometown.

Featured in the Mount Airy weekly were two people named Ray and Wilma Yoder, who live in Indiana. This married couple embarked on a very ambitious journey: they wanted to enjoy a meal in every Cracker Barrel restaurant in the United States.

The Yoders traveled to Mount Airy, and when they finished their Surry County meal, they had dined at 635 Cracker Barrel establishments!

I believe we can learn several important things from these traveling Hoosiers.

It all began in the 1970’s, when Ray’s job entailed delivering vehicles to dealers across the entire country. Wilma always accompanied him, and they often stopped at Cracker Barrel for a hot meal.

2. Ray and Wilma did not use age as an excuse.

They are both 79, and their goal is within sight. The remaining two restaurants are located in Idaho and Mississippi.

3. Ray and Wilma shared a lot of laughter.

According to the feature article, they have traveled over 5 million miles together on life’s highway. In 2015, she experienced a health crisis. Still, they enjoy each other’s company and the prospects of another quality meal.

4. Ray and Wilma respond quickly to their own mistakes.

After being interviewed and posing for photos with staff members, the couple left Mount Airy and realized they had forgotten to leave a tip. Ray promptly made a phone call, and promised to send a generous tip in the mail.

The next time you pull off the interstate and head for a Cracker Barrel restaurant, look for an elderly couple from Indiana. Chances are, they won’t be sitting in the rocking chairs out front. I would look for them in a corner booth, enjoying their meatloaf and making memories. What kind of legacy do you plan to leave?